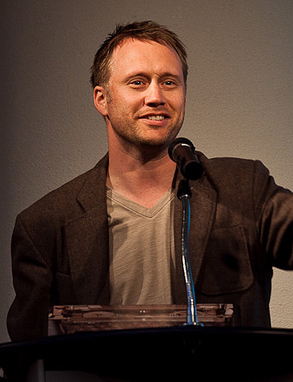 About Joseph Wilson: Joseph is currently working with education entrepreneurs on scaling their ventures at the MaRS Discovery District. He developed the Entrepreneur¹s Toolkit Workshop Series, and consults on a wide range of educational programming.

Austin is not like the rest of Texas. A liberal island amongst a sea of conservative red, its unofficial slogan is “Keep it Weird.” For the third year in a row, Austin has played host to SXSWEdu (http://sxswedu.com/), one of the largest education conferences in the world.

Austin turned out to be an ideal place to for around 5000 entrepreneurs, education stakeholders and investors to meet and talk about the future of edtech and disruptive business models. The status quo in education was under constant fire from all sides.
The breadth of programming at the conference was impressive: panels, keynote talks, workshops, readings, meetups and (of course) evening parties.  The MaRS Discovery District had six startup companies in attendance pitching their companies, includingCoursemodo, Symtext and Raise Your Flag.

One panel led by Tom Vander Ark (Learn Capital, Getting Smart) and Alex Hernandez (Charter School Growth Funds) talked about the balance between for-profit and not-for-profit funding of edtech startups. The structure of their conversation emerged in real time by using cue cards that contained pre-written questions and suggestions from the audience.

Heather Gilchrist, the founder of brand new edtech incubator in NYC, Socratic Labs, was joined by representatives from 4.0 Schools in New Orleans and the Highlander Institute. They introduced the idea of the “flipped panel.” Instead of talking to the audience, they invited audience members up to the front for 60 second pitches on the topic of “New Ecosystems for Ed Innovation”, rewarding each brave soul with a beer.

There was much debate over the future of MOOCs, whether their value was found in the data they were collecting, and on whether they would be able to find a business model to allow them to scale.  It helped to have Anant Agarwal and Andrew Ng on hand, founders ofedX and Coursera, respectively, to debate their various MOOC models and what they think the future has in store.
There was also a lot of push back against the technology utopians who tend to favour technological solutions over sound pedagogy (“if only every kid had an iPad everything would be ok!”). Along this theme, keynote speaker Bill Gates impressed some with his big money commitments to education, but alienated more than a few teachers by suggesting that private money is the only resource that will properly fuel education innovation.

Big news on this front was generated with the launch of the Amplify tablet. Owned by News Corp (FOX News), the 10” tablet is specifically designed for K12 education, allowing teachers to easily differentiate instruction for each student by sending different content to each screen.

InBloom was another big initiative making its official launch at SXSWEdu. The company, backed by the Gates Foundation, seeks to gather granular level assessment data from students and teachers in their network of thousands of schools in the US.
In the evenings, the music halls and bars along 6th street were packed full of changemakers who were networking, making deals on investment or pilot programs. I know more than one attendee who didn’t make it to any panels, and focused all their energy on meeting people who passed through the bustling Hilton Lobby.
Whatever your strategy, SXSWEdu was certainly an exhausting and exhilarating way to spend a week chatting with the world’s thought leaders about change in ed

Exclusive podcast with Michael Canuel, LEARN based in Quebec

Michael Canuel is the CEO of LEARN, a non-profit educational organization which has been recognized internationally for its leadership in online and blended learning, and ...
X