Melissa Burns, winner of the Mindshare Learning 2021 School of the Future Award, began her professional career as a musical theatre performer. After touring North America acting, dancing, and singing in a variety of shows, she returned home to Winnipeg, Manitoba, to earn her teaching credentials. Even though she had never been in a classroom before because she was home schooled, she felt teaching was a natural fit as she has “a passion for learning,” “is never satisfied with the way things are,” and “is constantly exploring and endlessly curious.” 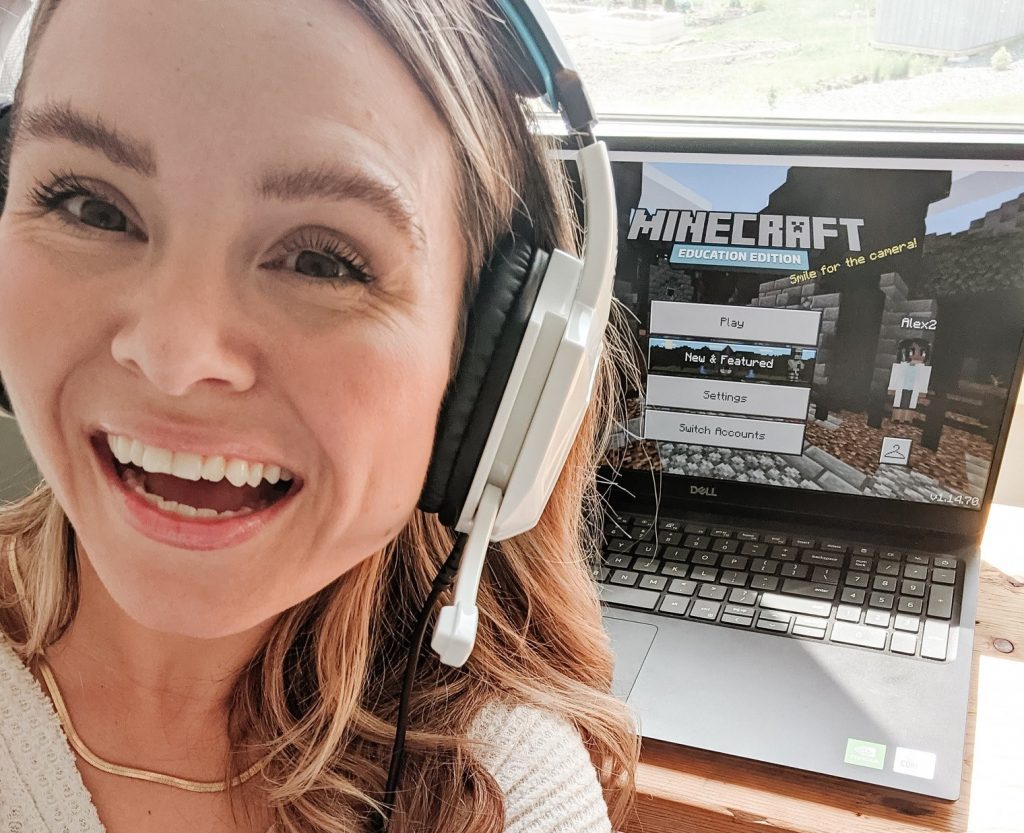 She became a music teacher at Archwood School in 2016, in Winnipeg and since then “hasn’t looked back.” Shortly after being hired, she began an e-sports program for middle school students. As an avid gamer herself having grown up playing them, she organized a team to compete against older students. The team went on to compete against high school students and won a trophy. The elation she saw in her students after the win convinced her that gaming was an ideal way to reach students as literally all of them game themselves.

During the COVID-19 pandemics she was forbidden to use instruments or teach singing. This did not deter Melissa as she turned to the video game Minecraft and taught students how to create music using the game’s note block feature.

She then came across the Girls Who Game (GWG) program. Led by Dell Technologies, in partnership with Microsoft and Intel corporations, this is an extra-curricular initiative aimed at young girls to learn about gaming and develop global competencies and positive attitudes toward Science, Technology, Engineering, and Mathematics (STEM) related fields. She organized a group of girls to take on the 2021 GWG challenge of building community of the future using the Minecraft: Education Edition.

Entrants to the school of the future challenge had to create a project that addressed some of the 17 United Nations Sustainability Goals for a Decade of Action. The Archwood girls chose the twin goals of Affordable and Clean Energy and Gender Equality as their focus.

They set out to re-design their school in Minecraft with three specific ideas in mind:

The girls interviewed representatives from the Canadian Museum for Human Rights to learn how their building was built to be LEED certified. Several ideas the girls picked up were to switch to LED lights, use more energy efficiency heating and cooling system, update the ventilation system, incorporate solar panels into the design, and build rain diverters to conserve non-potable water. The girls also researched the Canadian Green Building Council Coalition for Green Schools, an organization that recognizes that every child deserves to learn and thrive in a safe and healthy environment.

With this background research in place, they set out measure their school dimensions and calculate the scale reduction necessary to ensure it would look proper when modeled in Minecraft. Then they created a model of the school as it currently exists and began the re-design work.

They chose to make use of recycled materials, incorporate large windows for natural light, and pleasing design. These features not only contribute to LEED certification but create inviting spaces for students to gather to support their well-being and mental health. 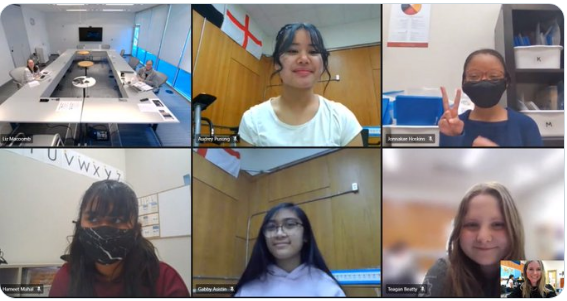 As the school is located on Indigenous treaty lands, the students wanted to incorporate Indigenous ways of learning and languages. They consulted Indigenous community leaders who gave them the idea to create outdoor learning spaces and a garden devoted to growing traditional crops.

To specifically address the goal of promoting gender equality, the girls decided to include in their design a daycare centre to provide an affordable opportunity for women with young children to work.

The Archwood school of the future was impressive. The girls became empowered through the project and produced a video about the design process. Tim Gard, the Mindshare Learning judge for the School of the Future Award, said the video as “highlighted real-world learning in a collaborative context that was inspiring and authentic.” Moreover, Superintendent of the Louis Riel School Division Christian Michalik was so impressed he said he would send the video to the architects who will be designing a retrofit of the school building. 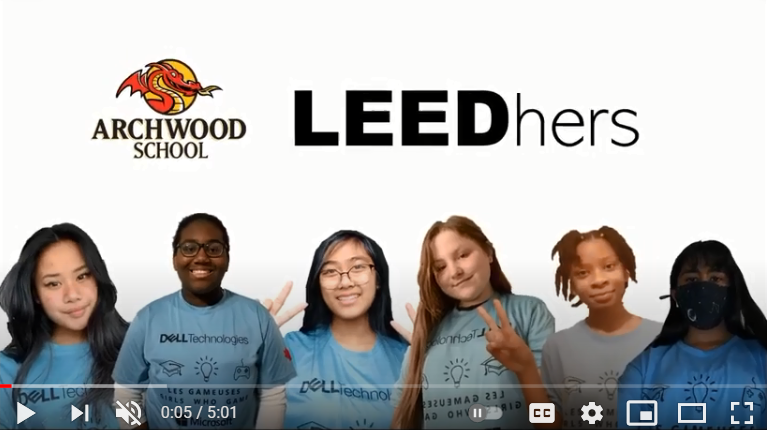 Not only did the Archwood girls learn the necessary technical skills to program Minecraft, but they also developed many other knowledge and skills. These include learning about the UN sustainability goals, the LEED certification requirements, Indigenous ways of learning, and green energy. They developed research and interviewing skills, scale model design, and video production techniques.

The girls are truly an inspiration to all and demonstrate what can be accomplished with a leader as talented as Melissa Burns.

This Week in Canadian EdTech MindshareTv Podcast with Tom D’Amico, Director of Education, Ottawa Catholic School Board, Recipient of K12 School District of the Year ...
X