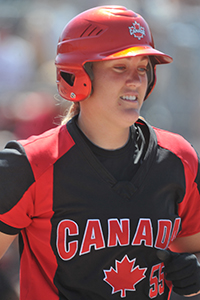 Since joining the Women’s National Team in 2007, Rafter has been one of Canada’s biggest homerun threats. She was a member of the 2010 ISF World Championship team that won a Bronze medal in Venezuela, and also won two Silver medals at the Pan American Games (2007 and 2011). Rafter also competed at the 2012 ISF World Championship team that finished fourth in Whitehorse, Yukon and led Canada with a pair of homeruns and seven runs batted in as Canada again finished fourth at the 2014 ISF Women’s World Championship in Haarlem, Netherlands. She also played professional softball in Japan in 2013.

https://mindsharelearning.ca/wp-content/uploads/2015/06/Tony-Bates-Podcast.mp3 Tony Bates is President and CEO of Tony Bates Associates Ltd, a private company specializing in consultancy and training in the planning and management ...
X